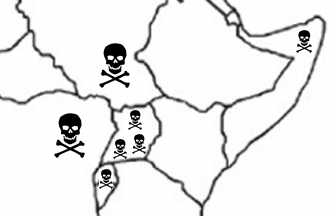 Uganda under Museveni is praised as a ‘beacon of stability’ by most Western countries. Highly paid American lobbyists, World Bank officials, diplomats and politicians from donor countries that enlist his military have protected the reputation of Museveni. This ‘branding’ has been so effective that in 2004 Museveni was even praised by the Nobel Peace Prize committee for his efforts in resolving regional conflicts. Western journalists have, knowingly or not, tended to downplay his abuses or divert attention by criticizing opposition (Epstein 2021).