Home » Blogs » Our image of the world is wrong 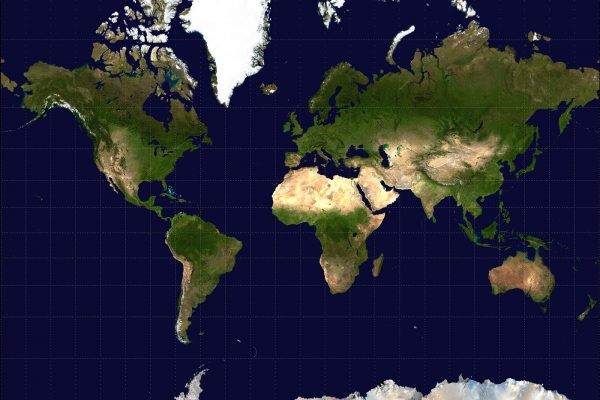 Let me first use an example of the destructive power of images. It is in the interest of western aid organizations that their populations start to feel pity for poor people. As a result, they share lot of images and videos to generate that feeling of pity. Especially the image of black African baby’s with flies around their faces seems to have been effective. By constantly showing this image, this has instilled the unconscious belief that Africans are poor, helpless, sick, and in short: desperate to be saved.

By constantly seeing this image of Africans as victims, a sense of victimhood was developed. This image of a victim led to a self-fulfilling prophecy. The aid that is sent from outside is not used for long-term solutions of empowerment, but for a cycle of dependency. Even worse, both African governments and major aid organizations benefit most from this situation, and most of this aid ends up into their pockets.

That is why many initiatives (often of young Africans) in the last years have tried to create a different picture of Africa. A positive image where Africa is not depicted as this miserable place full of disease and starvation, but full of beautiful lands and cultures like any other place on earth. What they try to do, is to change the image. Because when the image changes, the unconscious belief will follow.

The world as you know it, is an illusion.

In this blog I will focus on a different image of Africa. This image has greatly distorted the reality. The world as you know it, is an illusion.

The Flemish cartographer Gerardus Mercator created a map of the world in 1569, which is known as the Mercator Projection. The focus of this map was on naval navigation, which was of particular importance for trading routes from Europe. Due to the central position of Europe, the Northern Hemisphere was greatly expanded, while the Southern Hemisphere was projected much smaller than it actually is. This image Is still the most widely used image of the world.

There are some things that stand out. One element is the enormous size of Northern America versus Southern America, or the size of Greenland versus that of Africa. Also Europe is quite large in size compared to Africa. It is important for us to realize that this map is a projection, and in this case, a projection that has greatly distorted the actual sizes of the different continents on the world.

For many hundreds of years, this projection was used as the universal standard. It has implanted an image of the world and its continents in our brains. This has created a false belief about both the size and central position of what is we often call the Western world, the First world, or the Northern Hemisphere.

A more recent projection was developed by German cartographer Oswald Winkel in 1921, which is currently overtaking the Mercator projection. It is the official map of National Geographic, which adopted it in 1998. Most educational institutes and textbooks have also started to adopt the projection. However, a more recent projection shows the real sizes of continents relative to each other.

This critical approach is the Gall-Peters projection. The projection became a point of debate in the early 1970’s by German historian Arno Peters, who brought the design of Scottish clergyman James Gall of 1855 to a larger audience. In this projection all areas have the correct sizes relative to each other. Especially Africa stands out, as it far larger than most people realize.

In order to achieve the projection of correct sizes relative to others the actual shapes of the continents are a bit distorted, so the image is not yet perfect.

However, it creates a more realistic image of the size of the continents compared to each other than the Mercator’s projection, or even the Winkel’s Projections. That is why UNESCO has started to use this projection, and since 2017 some schools in the United States are replacing their maps with this projection.

The single most important problem of African youth are their beliefs and mindsets.

Why is this so important? The single most important problem of African youth are their beliefs and mindsets.

Many young Africans constantly see the colonial projection of Mercator as the map of the world in their classrooms. This has created the belief that Africa is a marginalized southern continent, less wealthy and powerful than the great, exemplary western world of Europe and USA.

Besides this wrong image in their geography lessons, they also receive wrong images in their history classes. As a legacy from colonialism, Western history still takes a prominent place in most African education textbooks. Many learn about Cicero, Shakespeare, or Napoleon. What they don’t learn, is their own glorious history of Ancient Africa. Of Egypt, Carthage, wealthy Mali, and the trans-Saharan trade routes full of gold. Or the sophisticated libraries of Alexandra and Timbuktu. For most of human history, Africa was a center of science and wealth. There are many thousands of inspirational stories about African history before it was colonized. As an Africanist reading about this inspiring history of Africa, I have realized how distorted the image of Africa in the last 300 years has become.

This lack of images of their own correct history and geography, has greatly influenced their self-worth as Africans, and has had a destructive influence on their identity. Many young Africans look up to the Western nations as role models. Many brilliant students try to leave Africa as soon as they have the network, scholarship, or job to do so. Sometimes, they are even ashamed for their black skins. A worrying phenomenon is the increasing amount of African women who are bleaching their skin in an attempt to chemically ‘alter’ their outlook.

In contrast to this majority, there is a growing group of Africans that are fully aware of their real history and their real geography. They have become confident, critical and inspiring leaders as a result. They realize that black is beautiful, and nothing to be ashamed of. They have connected to and accepted their identity as Africans, and are proud of it. I expect that these enlightened role models will increase in number in the coming years.

I firmly believe that when African youth will start to replace the old images with the real images, this will greatly influence their beliefs. No longer shall they want to be pitied, and be dependent on ‘saviors’ either white or any other color.

African youth must be enlightened, and made aware about their own glorious history, extremely vast and rich lands, inspiring culture full of art and science. This is what is called the African Renaissance, and with this blog I aim to share what I have learned from inspirational African scholars about African history.

Only when African youth will escape from their current mind-sets and beliefs, will it become possible for them to start become independent, confident, and proud Africans, who need no one to solve their challenges besides themselves.

This is not only important for young Africans. It is important that all citizens in the world become aware about our distorted images of the world, and Africa in particular. Too often, people that have not visited Africa yet, have been faced with incorrect images by aid commercials, negative news stories, or Hollywood stereotypes. As a result, they have gained an unconscious belief that Africa is full of misery and need to be saved. I hope that with this blog I have enlightened the minds of both Africans and non-Africans. Africa does not need to be saved, it only needs to be awakened. As soon as Africans become aware about their glorious history, geography, culture, and opportunities, peace and prosperity will follow.